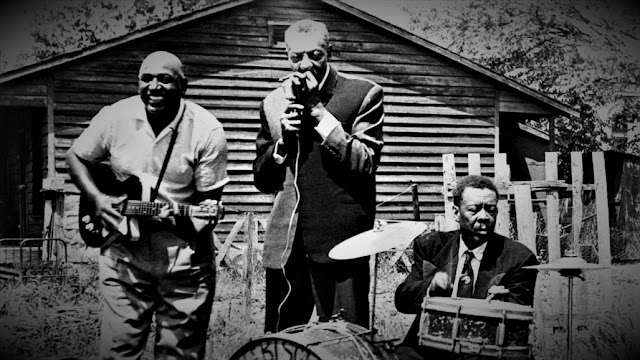 The Headstone of Sonny Boy Williamson II:
The Foundation of Blues Tourism Sits in Tutwiler
By T. DeWayne Moore
Director of the Mt. Zion Memorial Fund
In the early 1900s, the only way across the Mississippi at Helena. Arkansas was a ferry run by Harold Jenkins, father of country singer Conway Twitty. The ferry closed at midnight “which was good in my favor,” recalled Mrs. Z.L. “Momma” Hill (who ran the hotel until her death in 1997), when they were playing juke joints in Clarksdale or nearby towns. 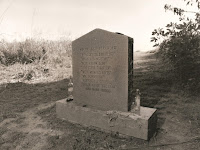 “When they had to stay over, they stayed with me,” she recalled. The musicians kept a piano on the premises, and the place rang with music.
Mrs. Hill was a good friend of Sonny Boy Williamson, a flamboyant harmonica player and singer who was featured on the popular live radio show King Biscuit Time on station KFFA in Helena. The show’s sponsor, Interstate Grocery Co., manufactured Sonny Boy Corn Meal, featuring a drawing of Williamson playing his harmonica while sitting barefoot on an ear of corn. 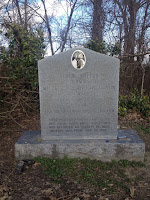 During the 1960s, Williamson became popular with the rock generation. He played extensively in Europe and considered moving there. But, sensing that he was dying, he returned home a few months before his death in 1965.  Mrs. Hill recalls that Williamson stopped by one Sunday afternoon and found that she was taking a nap. “Wake her up,” he demanded. “I want to play some music.”

“He played in front of my window, on my porch,” she recalls. “Oh he had a crowd that Sunday. It didn’t take him long to draw a crowd. He went on, and a few days later he was dead.”
Williamson’s body was found in the second-floor apartment he kept over a business in downtown Helena. According to King Biscuit Time announcer Sonny Payne, the downstairs business in those days was the Dreamland Cafe. If that sounds like a touch worthy of Tennessee Williams, you’ll be interested to know that the late playwright once lived in Clarksdale.

Williamson’s grave is near Tutwiler, which is on U.S. 49, about 15 miles southeast of Clarksdale. No signs point the way, but it’s not hard to find someone to direct you down a country road to the churchyard. Unlike in the 1980s, you can find the musician’s grave.

This short film, which accompanies the article, features original documents related to Lillian McMurry’s effort to mark his grave, the footage of John Alison’s 1986 visit to the overgrown burial ground, and the photographs and footage produced during the 1996 pilgrimage of Argentine blues enthusiasts Charanguito Herrera & Juan Urbano Lopez.

The idea for the headstone came about in Jackson, Mississippi. Lillian McMurry and the board of directors of Globe Music Corporation met in Jackson to discuss promotions and the music business on December 3, 1976. Since she wanted to “to get some publicity” for its blues catalogue, McMurry made a motion “to design and purchase a headstone/memorial” to place on the grave of Sonny Boy Williamson II in Tutwiler. She estimated that the marker and memorial service might cost as much as $1,500. The motion was seconded and carried on a vote.

On December 14, 1976, McMurry commissioned Davidson Marble & Granite Works, of Canton, to provide an upright granite monument for placement on the blues musician’s grave in Tutwiler. It cost $654.75. On March 5, 1977, McMurry reported to the board that the “headstone was in the process of being set as per her conversations with Davidson Marble Works.” The board, however, decided “to do nothing definite right now about a memorial service.”

The grave is in Tutwiler because his two surviving sisters, Mary Ashford and Julia Barner, lived and died in the city. The late blues researcher Bill Donoghue erected a marker in their honor following their deaths in the 1990s.

Tutwiler is a fitting place for a great bluesman’s final resting place because it’s also the place where W.C. Handy claimed to have had his first encounter with the blues, around the turn of the century. Cristen Craven Bernard painted a mural commemorating the meeting in the mid-1990s. [To view the mural click HERE ]

Handy, who orchestrated and popularized the folk music of African Americans and created such standards as St. Louis Blues, was a classically trained musician who had expressed little interest in the work songs and field hollers he’d heard. But he later recalled that his interest was piqued when, on a visit to play at a Tutwiler hotel, he was introduced to the weirdest music he’d ever heard.
During a long night of waiting for a train in the Tutwiler station, a ragged-looking man sat beside him and began playing a guitar, sliding a knife up and down the strings to produce a moaning, voice-like sound. Picking out a complex rhythm, he sang repeating a line about “going where the Southern cross the Dog,” a reference to the intersection of two railroads in Moorhead, Miss. Handy incorporated that line into his Yellow Dog Blues.
In the 1980s and 1990s, tourists often made unsuccessful attempts to find the grave of the legendary harmonica player, and the gas station attendant often steered them to the small Whitfield Baptist Church. Juan Urbano Lopez was one of the more fortunate pilgrims to locate the site in the mid-1990s once it started to receive periodic maintenance.  His videos of the sojourn can be found on youtube somewhere…
Beside the church, in what looked like nothing more than weeds from the road, was the headstone with Williamson’s picture cut into it. The grave was decidedly off the beaten track, but many have now made the trek. Fans often left harmonicas, guitar picks, even a pint of whiskey on the headstone.

“It’s this diamond of a headstone, yet it’s overgrown with weeds,” declared disc jockey Joe Zochowski, host of Nothing But the Blues on WFYI-FM (90.1) in Indianapolis. “You have to look for it, to tramp through the weeds and cut through the briars and the B.S. to get to the heart of it. But people are willing to do it because they care that much about the music. That’s a metaphor for the blues to me.”
The 1st Annual Tutwiler Blues Festival


The first Tutwiler Blues Festival was held in late November 1990 in the town’s Railroad Park. Mayor Gary Shepherd and the city-sponsored the fundraising event and proceeds from donations were supposed to help memorialize Sonny Boy Williamson II, the well-known blues musician who grew up in Tutwiler and was buried in a nearby plantation cemetery.

“We plan to buy a bronze plaque to go in the park in his honor and to put up road signs on the highway showing how to get to the place he is buried,” said Shepherd.

The headliner was none other than T.J. Wheeler of Portsmouth, New Hampshire, the famous breeding ground of farmers who sold their souls to the devil and got an honest defense from an attorney named Daniel Webster – “The Devil and Daniel Webster” (1937).  In an attempt to undo the legacy of these weak-minded farmers from his home state (that’s a joke about soul-sellers), Wheeler traveled the country performing and delivering his anti-drug message of “hope, not dope.” (not a joke, just a good man) To read Wheeler’s account of personal discovery in Tutwiler, please click HERE.


The mayor said the blues artist plans to make an appearance in several local Tallahatchie County schools while in the area.  As a part of Saturday’s activities, the Tutwiler Lions Club had the sight van in the town to screen festival-goers for eye diseases such as glaucoma. Lions members also manned the concession stand to provide refreshments.

“I’m hoping it’ll be a big success,” said Shepherd. “I’m looking for several thousand people to show up.” He said he expects blues followers from out-of-town. The mayor noted that the festival, if successful, could become an annual event in the town.  In the end, $100 was raised for the Sonny Boy Blues Society, which maintained the site for a while. The markers along the road never came about.

Some folks gave lip service to disinterment and reburial in Helena, but Skip Henderson, of the Mt. Zion Memorial Fund, thought the very notion of removing his remains absurd. Thus, he recruited the help of a local physician and Roman Catholic nun, Sister Anne Brooks, who operated a clinic and an education center.  Henderson helped the Tutwiler Community Education Center receive a grant, which, in part, went towards maintaining the property into the new millennium. 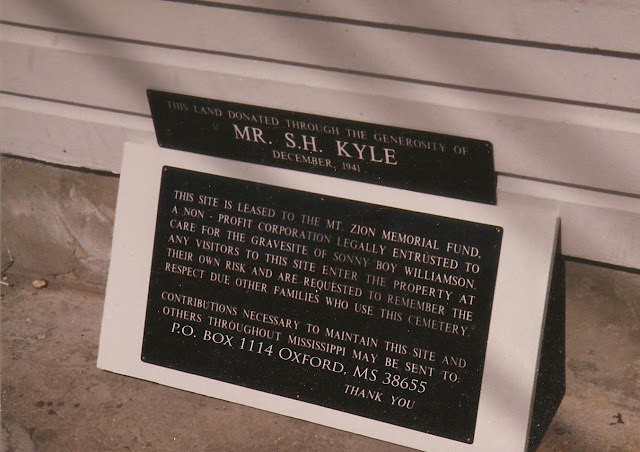