The Grave of Jim Jackson

Jim Jackson–a hill country blues musician who is most famous for recording “Kansas City Blues”–is buried in Hernando, a small Mississippi town some twenty miles south of Memphis, where he sun shines over the fields and it’s mercilessly hot. In the early 1900s, African Americans moved from one farm to another, sharecropping, and Saturday night came as a relief after six long days of hard work in the cotton-fields. Singers and guitarists provided in the past, and to some extent do today, the music for the dances and fish-fries that often went until dawn on Sunday.

PLEASE! Help Us Mark His Grave

A musical style developed in the adjoining counties of DeSoto, Tate and Marshall. It was a gentle but rhythmically solid kind of blues, the singing having much in common with the old field hollers. ideal for dancing, it later became very popular in the medicine shows that toured the whole of the south. The reason for its popularity and its diffusion was probably the dominating influence of a single musician, Frank Stokes. He was born in Senatobia, a few miles south of Hernando, and frequently played round there, often accompanied by Dan Sane, whose guitar provided a rhythmic backdrop for Stoke’s playing and singing. Some time round the beginning of this century Stokes moved a few miles north, to Memphis, as did large numbers of blacks from his home area. Nevertheless, he often returned to the places in which he grew up, to see old friends and to play for and with them. Among the bluesmen who followed in his steps were Garfield Akers and Joe Callicott, from Nesbit in DeSoto County, and Jim Jackson and Robert Wilkins, who both came from Hernando. Stokes’s influence on these men is particularly evident in the work of Akers and Callicott, who played together for many years, creating a two-guitar sound very close to that of Stokes and Sane. 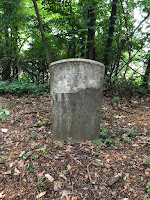 Jim Jackson and Robert Wilkins later moved to Memphis as well, and all of them played in the gambling halls along Beale, at parties and Sunday suppers given by white folks, and on the medicine show platforms. These shows toured all the rural areas of the south, setting up tents and dispensing concoctions based on alcohol, with a few additions to give them a medicinal flavor. Jim Jackson traveled extensively with different medicine shows from about 1915 until the early ‘thirties. He started with Silas Green’s and Abbey Sutton’s shows; then for a long time traveled with the Rabbit Foot Minstrels, one of the largest groups. Apart from singing, he danced and told jokes, helping to sell the medicine that was ‘guaranteed’ to do you good. He is also recalled as having toured with the Red Rose Minstrel Show, all over the south, in 1928; he was joined by Speckled Red, with whom, on one occasion, he recorded.

Furry Lewis: “used to hear about him down in Greenville. He used to travel with the medicine shows, you know. I played with Jim Jackson. You know, he could pick a guitar just like I did. Sometimes just us two was playing together. Jim Jackson’s been dead about thirty years ago. I couldn’t tell you if he was two or three years older or younger than I. We was about the same age.”
PLEASE! Help Us Mark His Grave

Gus Cannon: “I was at the same recording session as Jim Jackson when he cut Kansas City Blues. We used to play together in Memphis in the streets and, in medicine shows. Sometimes he would play with Frank Stokes too. The people who recorded Jim didn’t allow me to play with him on the records. He was from Hernando.”

Willie Borum: ‘When I was a little kid in the early ‘twenties Jim Jackson stayed on 1150 Grant in North Memphis. He would play on the streets around there for his neighbors. I learned playing some guitar from him. He recorded the Kansas City Blues. They carried him to Chicago to record it. He’d been singing it for a long time then. He used to play where I was living, you know. He left Memphis and never came back. He was a boy living on Beale. He was taught guitar by his father.’ 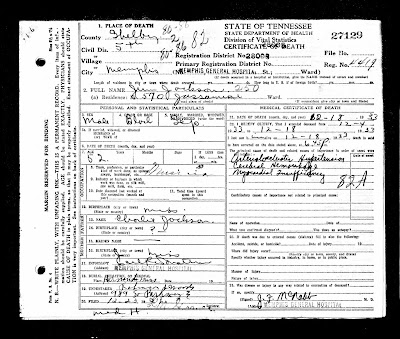 Most folks remember “Kansas City Blues.” It was very popular. He used to go around playing on the streets all over Memphis. Sometimes he was with Frank Stokes.’ Jim Jackson died on February 18, 1933 in Memphis, but he was buried in his home town of Hernando. 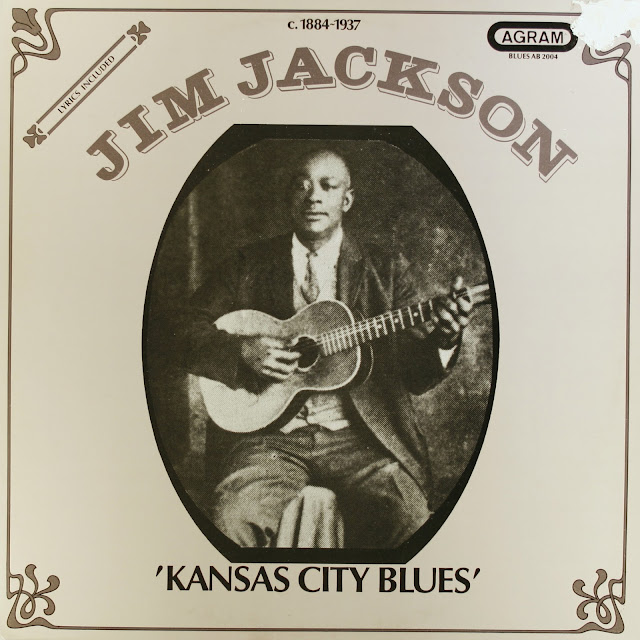